: Top scientific minds from across Europe will descend on the University of Cambridge September 5-6, as the Amgen Scholars Europe Symposium brings together leading scientists and 101 star pupils from 59 colleges and universities across 25 countries to exchange ideas and experiences gleaned from a unique summer research placement initiative.

The Amgen Scholars Europe Programme aims to inspire the next generation of innovators by providing greater access and opportunity for selected undergraduates to engage in cutting-edge research across a wide range of scientific fields at some of Europe’s premier institutions. Undergraduate participants work in teams under top academic leaders as part of a wider community of ‘Amgen Scholars’ brought together in seminars, networking events and a Europe symposium where they meet their peers, learn about biotechnology, and hear from a wide selection of leading scientists.

Since the inception of the Europe programme in 2009, five premier educational institutions have hosted a total of 636 scholars:

2016 Amgen Scholar participant Alexandra Klein was studying at University of Birmingham when she was awarded a place at Ludwig Maximilians Universität. Klein worked with Professor Michael Boshart's group, investigating a key pathway in the parasites which cause the disease African trypanosomiasis, with the potential to one day use this pathway to develop a new treatment.

“My time in the Amgen Scholars Programme has been one of the most impactful experiences of my education,” Klein says. “Being able to work alongside some of the top names in the field, at one of the most elite facilities, has been invaluable. And the immersive nature of the programme is incomparable.”

2010 Amgen Scholar participant Vladan Martinović was studying at the University of Belgrade when he was awarded a placement at the University of Cambridge. During his time in the programme, Martinović worked with geneticist and Professor Cahir O’Kane to study hereditary spastic paraplegia, a progressive and incurable motor neuron disease characterized by weakness and spasticity of the lower limbs.

After completing his undergraduate degree back in Serbia, Martinović returned to the University of Cambridge where he completed his PhD in Biochemistry at the MRC Laboratory of Molecular Biology in 2015.

“The Amgen Scholars Programme was one of the most important things that has happened to me,” Martinović says. “I realized that I enjoy working in the lab on independent projects that tackle serious scientific problems.”

“The University of Cambridge is honoured to participate in the Amgen Scholars Programme and host the Amgen Scholars Europe Symposium again this year,” says Abigail Fowden, professor and head of the School of Biological Sciences, University of Cambridge and chair of the symposium. “Bringing together so many bright young minds and experienced scientists in one place to share ideas and explore new concepts will help inform the future of biologic research and innovations.”

“To inspire and prepare the next generation of scientists requires companies, governments and academia to work together, and the Amgen Scholars Programme is a great example of that sort of partnership in action,” said Chris Walker, vice president of European Regulatory Affairs and UK Research and Development Lead, Amgen. “This symposium, and the programme in general, have an impact that will be felt — not just across Europe, but worldwide — for years to come as these young scientists work to solve the world’s greatest life science and health challenges.”

The Europe programme is part of a wider initiative. Over the past 10 years, the Amgen Scholars Programme has provided research opportunities under world-renowned mentors to more than 3,100 undergraduate students worldwide. More than 95 percent of the programme’s alumni who have completed their bachelor’s degree are currently pursuing an advanced degree or career in a scientific field. Amgen Scholars globally are achieving some impressive outcomes:

The Amgen Foundation has committed $50 million over twelve years to the Amgen Scholars Programme, bringing the Foundation’s total commitment to science education to over $100 million globally.

About the Amgen Scholars Europe Programme

The Amgen Scholars Europe Programme provides selected undergraduate students with the opportunity to engage in a hands-on research experience at some of Europe’s leading educational institutions. Applicants must be undergraduate students enrolled in European colleges or universities (in countries participating in the European Higher Education Area) who have not completed their bachelor’s or first degree (or its equivalent) prior to participating in the programme, with a strong record of academic performance and an interest in pursuing a PhD. Each institution runs its own application process.

Applications for the 2017 Amgen Scholars Programme will be available in the autumn of 2016. For more information and how to apply visit www.amgenscholars.eu.

About The Amgen Foundation

The Amgen Foundation seeks to advance excellence in science education to inspire the next generation of innovators, and invest in strengthening communities where Amgen staff members live and work. To date, the Foundation has donated over $250 million to local, regional, and international non-profit organizations that impact society in inspiring and innovative ways. The Amgen Foundation brings the excitement of discovery to the scientists of tomorrow through several signature programs, including Amgen Scholars, Amgen Biotech Experience, and Amgen Teach. For more information, visit www.amgenfoundation.org and follow us on www.twitter.com/amgenfoundation. 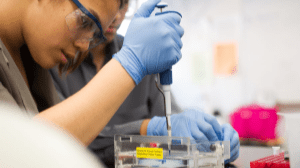 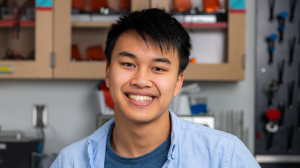 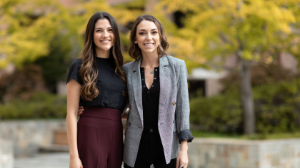 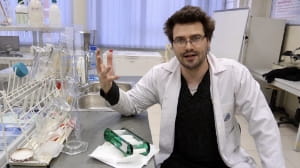 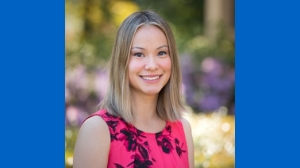 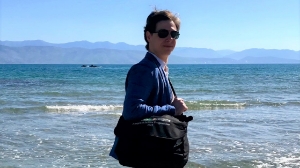